Although the study does not look at how these substances increase the risk of ASD, research on the gut microbiome & neurological function suggests that gut health is the link.  Indeed, a large number of people with ASD (up to 91%) have an abnormal microbial balance. Glyphosate is patented as an antibiotic, which are designed to kill bacteria. Over 93% of those with ASD have been found to have genetic mutations affecting carbohydrate metabolism, which may also affect the microbial balance and in turn, the production of neurotransmitters.  Anthony Samsel and Stephanie Seneff have a series of research papers discussing the various ways glyphosate integrates with our physiology to affect our health.

Whilst there may be many different triggers for ASD, there is definitely more research needed into the health effects of agricultural chemicals.  This study supports the premise that we need to reduce chemical exposure during pregnancy & infancy to protect early brain development.  Choose organic food, personal care items (for you & baby), cosmetics and household products whenever possible.  Grow your own food, get to know the producers at your local Farmer’s Market or shop online for safer, GM-free products.  Lactic acid fermentation has been shown to speed up the degradation of some pesticide residues, so fermenting grains & vegetables is an effective way of reducing chemical exposure whilst improving the gut microbiome.  Also, look for a water filter that removes PBT’s (persistent bioaccumulative toxicants) and consider a detox for both parents at least 4 months before planned conception to minimise the toxic load on the foetus & optimise genetic health.  Many of these substances remain on our food, in our soil & in the water supplies, so the chance of exposure is high, even if you don’t live within 2km of properties where they’re used.

Education, products & services to help you can live a healthy, low-tox life.🌱
Click the link 👇 to learn more about what I share.

Deodorant is something most of us use daily, so it

After the year we've had, are you ready to shake i

Would you like $10 off your next shop at @innerori

A few months ago, I finally got around to trying T

Do you believe you can think your way to better he

More detox goodness with this Chicken & Veggie So

Are you feeling 'blah & bloated' with everything t

How yummy does this look? I'm looking forward to

From religious ceremonies to sharing with family a

Well, my birthday is nearly over, but I'm giving y

Only 2 days left to save on tickets for this premi

Sometimes change can feel overwhelming and we end

Thanks to Anna from @unpackedbulkwholefoods for sh

Ah, golden hour. How I love thee 😍 Taking a m

While soap and water are the best things for keepi

Want to up your nutrition & reduce food waste? Th

Have you got the 'guts' to be really healthy? Tod

For those who feel called to join, the Global Pea

I wonder if I'll get to drink this while it's stil

I finally know what I want to be when I grow up!!!

At the end of the day, disease is just that: dis-e

This is how I like to break-fast. Good fats, prot

When it comes to nutrition, our food isn't what it 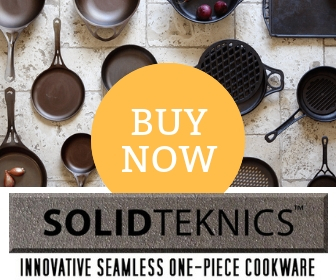